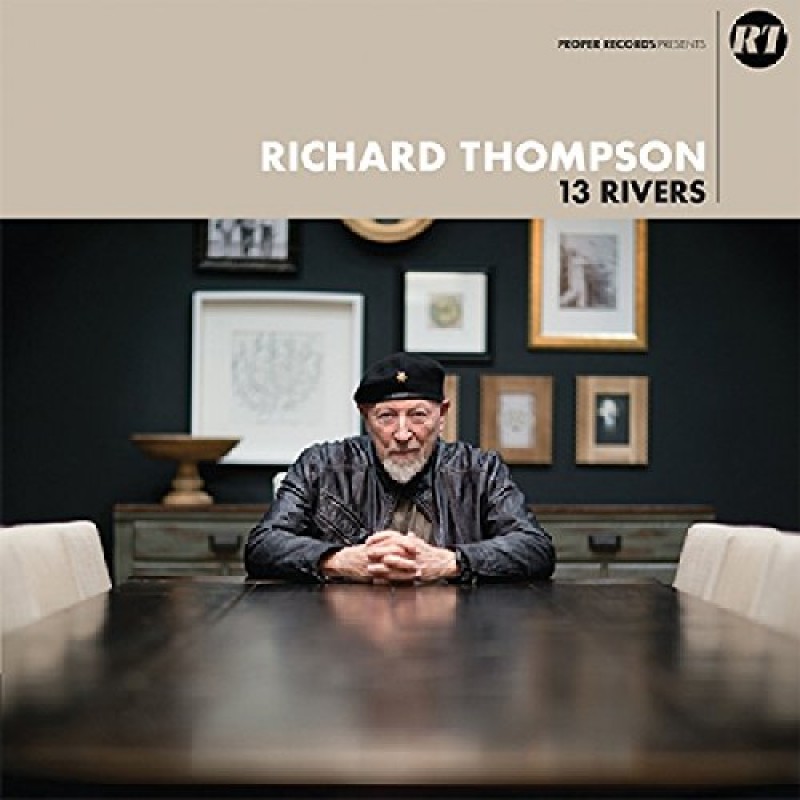 The 13-song set is the Grammy nominated artist’s first self-produced album in over a decade and was recorded 100% analogue in just ten days. It was engineered by Clay Blair (The War On Drugs) and features Thompson’s regular accompanists Michael Jerome (drums, percussion), Taras Prodaniuk (bass), and Bobby Eichorn (guitar).

This will be Thompson’s first collection of new material since 2015’s ‘Still’.’13 Rivers’ is a bare-bones, emotionally direct album that speaks from the heart with no filters. “There are 13 songs on the record, and each one is like a river,” Thompson explains. “Some flow faster than others. Some follow a slow and winding current. They all culminate on this one body of work.” A high water mark in an overwhelmingly impressive career, ‘13 Rivers’ was recorded at the famed Boulevard Recording Studio in Los Angeles. Previously known as The Production Workshop, which was owned by Liberace and his manager, the locale served as the site for seminal classics by Steely Dan, Fleetwood Mac, Ringo Starr, and hosted the mixing sessions for Pink Floyd’s legendary ‘The Wall’.

Of the album, Thompson says, “The songs are a surprise in a good way. They came to me as a surprise in a dark time. They reflected my emotions in an oblique manner that I’ll never truly understand. It’s as if they’d been channelled from somewhere else. You find deeper meaning in the best records as time goes on. The reward comes later.” He continues, “I don’t know how the creative process works. I suppose it is some kind of bizarre parallel existence to my own life. I often look at a finished song and wonder what the hell is going on inside me. We sequenced the weird stuff at the front of the record, and the tracks to grind your soul into submission at the back.”