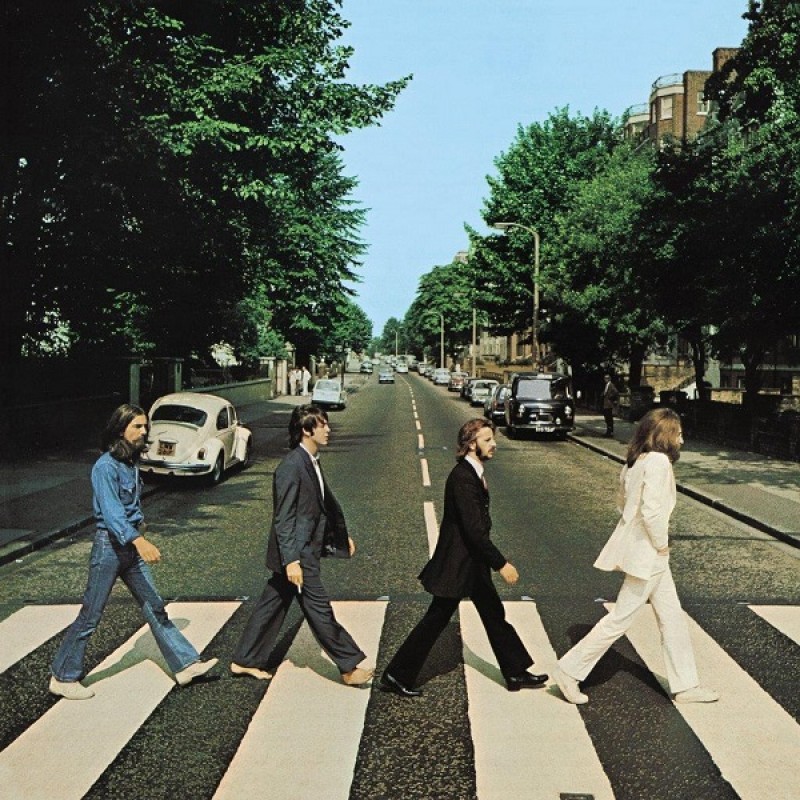 Just as famous as its cover photograph of the Fab Four crossing the road which gave the album its name, thus bestowing the studio where The Beatles recorded most of their output with legendary status, ‘Abbey Road’ is at the top of many fans ‘Best Beatles Album’ lists. It was the last album they started although not the last to be released and has a smoothness missing from their previous record, ‘The Beatles’ aka ‘The White Album’. The collection contains some of the band’s best loved tracks from John’s “Come Together” to Ringo Starr’s “Octopus’s Garden” and to two of George Harrison’s most popular songs: “Something” and “Here Comes To Sun”. Most of Paul McCartney’s work went into the medley on side two with four movements of “You Never Give Me Your Money” the highlight of his tracks.

The story goes that after the bad tempered and rudderless ‘Get Back’ sessions, the band approached their famed producer George Martin to request his guidance in making a new ‘proper’ album with no mucking around. Commencing work on 22nd February with John Lennon’s moody latin flavoured rocker “I Want You (She’s So Heavy)” the band in relaxed mode worked on seven tracks over the next couple of months, two of which became their new single: “The Ballad Of John And Yoko” / “Old Brown Shoe”.

Following a two month break, the band got underway again on 1st July 1969 to continue work on the other five songs and blast their way through the rest of the album. The centre point of the record was “The Long One”, Paul McCartney and Martin’s vision of a side long medley or suite of tracks. In the end it wasn’t a whole side but still eight songs and 16 minutes long. Aside from this, the individual numbers, were some of the groups best - a classic case of “saving the best ‘til last”. Another novelty on this album was George’s Moog Synthesizer which was utilised on several tracks adding some early electronica to the proceedings!

As the group were approaching the home straight there was still the question of the front cover. After the idea of flying to the Himalayas for a photo shoot and calling the album ‘Everest’ was rejected someone said “why not just go outside?”. McCartney got his sketchbook out and then the four crossed the zebra crossing outside the studio with photographer Iain Macmillan shooting just six images of which Macca selected the one which would go on to become one of the most identifiable album cover photos ever. Thousands of fans still flock to the crossing every year for photo opportunities and to scribble on the wall outside the studio!